Small guide of Alghero and its surroundings

Alghero is an important commercial and agricultural centre and popular seaside resort with a port in continuous development. It consists of an ancient and modern districts on the coast. On site crafts is highly developed, especially with regard to the coral and this is the reason why it was given the name of Coral Coast to the adjacent coastline.

With regard to the former, it is advised to admire the beauty of the Cathedral of Santa Maria Immacolata, which is one of the main churches of Alghero and is also quite old. It belongs in fact to the sixteenth century and is located in the centre of the city.

The walls are only a few Aragonese towers, including those of Porta Terra, Maddalena and Sperone. Not to be missed in the area is the Grotto of Neptune, which is so called due to a legend that it was the refuge of the god Neptune. This beautiful and attractive cave is located about 18 km from the city of Alghero.

As for the cuisine that of Alghero is based almost exclusively on fish and shellfish; the lobster from Alghero, moreover, is a dish known and appreciated all over the world. Among the typical dishes of the area we can point out the coppazza, spaghetti with sea urchins and spaghetti bottarga. You should accompany these dishes with a good sip of Anghelu Ruju, an excellent Sardinian wine that is produced almost exclusively in this area. 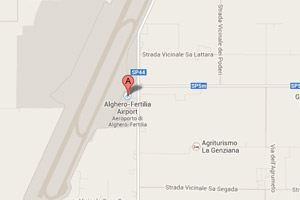